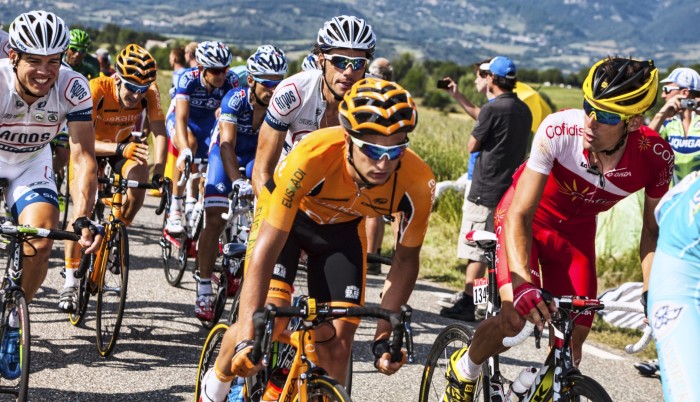 With less than six months to go before the Tour de France comes to Rochdale, planning for the world’s biggest free sporting event is well underway.

Rochdale Borough Council are finalising proposals to be considered by cabinet in February, as the borough prepares for an influx of tourists for the largest free sporting event on Sunday 6 July.

Around a kilometre of the route passes into Rochdale – along a section of B6138 and the A58 adjacent to Blackstone Edge Reservoir. The route includes a sharp bend which will slow the tour down and maximise viewing opportunities. Thousands of spectators are expected and it will take well over an hour for the racing cyclists, support teams and media to pass through.

Council Leader Colin Lambert said it is a fantastic opportunity to showcase an amazing area to people all over the world:

“We are expecting thousands to line the route by Blackstone Edge and for local businesses it’s a great opportunity. Littleborough will become one of the main gateways into the event and the volume of spectators will create a huge opportunity for businesses and attractions following the race so it is important we capitalise on this and ensure racegoers are aware of what’s on and encouraged to stay, and also return in the future.”

A series of events are being planned in and around Littleborough, building up to the big day - the weekend before, the day itself, and the weekend following the Tour de France. These include a Triathlon Challenge, a two day Littleborough Festival, Farmers Market, numerous cycling inspired events including a Tour of Rochdale, a School Sports Challenge and the annual Rush Bearing Festival. There are plans to hold a concert in Littleborough on the Friday before the race and to show the cycling action plus World Cup football on a big screen in Harehill Park. Link4Life’s popular ‘Big Games’ events will also return with a cycling theme and arrangements are being made for the official Tour de France Grand Départ trophy to visit the borough this spring.

The council has already been in talks with landowners along the route and a pre-winter road surface check has been undertaken to ensure any issues that may affect racing cyclists has been spotted and documented. There will be a second survey undertaken in the Spring, although the Rochdale part of the route has already been deemed ‘in good condition.’

Pennine Business and Tourism Forum in partnership with Pennine Prospects have already held an advice evening for local businesses wanting to make the most of the Tour and another will be held at 5.30pm on 25 February at Harehill Park. (www.pennineforum.co.uk for details)

John Kay, Chairman of the forum, said by all working together they can make sure visitors get a warm welcome and the area gets maximum benefit from being on the route:

"The Tour de France really is a wonderful, once-in-a-lifetime opportunity. It's the world's largest annual sports event, it’s entirely free for spectators and it’s on our doorstep! We hope that as many people as possible, local residents as well as visitors and businesses, really enjoy the Tour de France … and it is our intention to do all we can to make that the case."

Mark Widdup, Director of Economy and Environment at the council said it all has to be planned to the finest detail:

“We have experience of managing large scale events and will be making sure everything goes smoothly. Everything from traffic and travel plans to litter collection is being organised, working closely with our partners, local businesses, groups that have a stake in the Pennines and the emergency services. Whilst there will be some disruption, having such a prestigious race as the Tour de France visiting, following on from the Rugby League World Cup last year is another positive for Rochdale.”

The application date for volunteers passed last month, and they are now being assessed before roles are assigned.

Although only 1 km of the race is in Rochdale, the stretch is recognised as being one of the most fascinating sections of the route and is the culmination of the longest continuous hill climb in England.

“It is one of the most interesting sections of the route and will be a popular place to view the race. There are only limited access points to the route from the western half of Britain.” added Mark Widdup.

Earlier this year Sustrans launched a revamped leaflet and website for cyclists and visitors wanting to explore the Pennines on two wheels ahead of this year's event. www.sustrans.org.ukcontains a range of routes along with downloadable maps and descriptions, and information about classic hill climbs and the Tour de France.