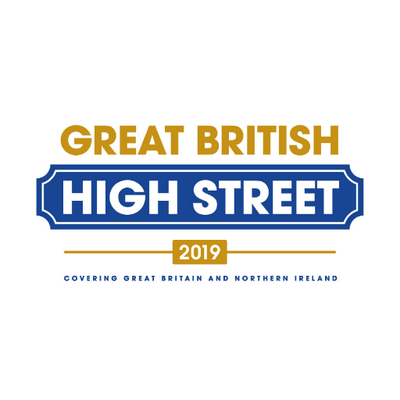 Rochdale’s town centre has beaten off stiff competition to be shortlisted for the rising star award in the government’s Great British High Street Awards 2019.

It is one of only 28 high streets across the country in the category, and the only one in Greater Manchester, which celebrates up and coming local communities who are transforming their future.

The shortlisted bid highlighted all the work taking place in the town centre, which is in the middle of a £400m transformation programme.

These include high profile developments, like retail and leisure schemes, Rochdale Riverside, which has already signed Next, M&S, JD Sports, Boots and River Island and the six screen Reel Cinema. The development, which has just added H&M and Hollywood Bowl’s new mini golf concept, Puttstars, is due to open to the public in spring next year.

The submission, which was organised by Rochdale’s new Business Improvement District (BID), also highlighted the packed events calendar in Rochdale.

Major town centre events, like the Feel Good festival, regularly bring around 10,000 people into the town centre, alongside regular favourites like Street Eat and the Rochdale Literature and Ideas festival. Later this month, a major street art festival, supported by the council, will take place for the first time, with international mural artists painting walls across the town centre and holding art workshops for the public over Bank Holiday weekend.

A number of new independent businesses have also popped up in recent years, supported by the council’s business rates sale and small business start-up grant, including bar and restaurant, the Medicine Tap, coffee bar and lunch venue, Roasted and Toasted, café and coffee shop, Petit Café, Montagues Cafe with stunning views of the River Roch and a high quality men’s outfitter, Buckley Menswear, which has been shortlisted for a Drapers award for best new retailer 2019.

Councillor John Blundell, cabinet member for regeneration at Rochdale Borough Council, said: “There’s no doubt that Rochdale has undergone a massive transformation in recent years and I’m over the moon that these huge changes have been recognised at a national level. The reason our high street is on the up is because we’ve not focussed solely on retail. Successful high streets are about having the right mix and we’ve got it all here; major high street chains coming in through Rochdale Riverside, thriving independent businesses, a packed events programme, beautiful public areas like the re-opened river and a major heritage offer, which we’re actively developing.”

Other projects highlighted in the bid include the £16m restoration of Rochdale Town Hall and Town Hall Square and the Heritage Action Zone project to restore the historic buildings around the Drake Street area.

BID manager, Paul Ambrose, said: “We’re incredibly proud to have been shortlisted and to get that national recognition, but nothing stands still in Rochdale and we’re already exploring new ideas to make the town centre even better. A scheme currently being developed is 'Virtual Rochdale' which will involve using the next generation technology to showcase the town, its attractions, businesses and retail offering and development opportunities.“

Ben Boothman, who runs the Flying Horse Hotel in Rochdale town centre, which was named CAMRA pub of the year in 2019, said: "We are thrilled that our centre has been shortlisted for this award, as so much effort, commitment, funding and cooperation has been put into Rochdale centre over the past few years.

"Spearheaded by the council and the BID,  but supported by independents like us, the high street offering and vision is something we can all be proud of. I now have three businesses in the centre, with two more on the horizon, including a craft ale emporium and Indian street food restaurant called Bombay Brew opening later this year."

Rochdale MP, Tony Lloyd, said: "I’m incredibly proud that we’ve received this recognition for Rochdale town centre, particularly considering what a difficult time it is for high streets up and down the country. Although the council can’t control what happens on the high street, here in Rochdale, the council, working with RDA and the BID, has used the power it does have to effect positive change where it can, be it through the business rates sale or the ever expanding events calendar. Although an awful lot has already been done in Rochdale, there are lots more changes to come and I look forward to seeing our high street get better and better.”

Phil Buckley, owner of Buckley Menswear, said: “My experience since opening earlier this year in Rochdale town centre has been nothing but positive. A lot of people who have visited my shop have not been to Rochdale for a number of years and they are always really impressed by how it’s changed. I have lots of repeat customers, but every week I’m also seeing new faces, who then come back, so it’s really building and footfall is definitely increasing.

“The kind of kudos that comes with national recognition like this will encourage even more people to come to Rochdale see how much it has improved.”

Other towns to have made the rising star awards shortlist include Northwich in Cheshire, Wellington in Telford and Willesden Green in the London borough of Brent.

The judges will visit each shortlisted town centre over the coming months and speak to visitors and businesses.  Judges’ scores make up 80% of the final score, with the remaining 20% coming from the public via an online vote.

Voting ends at midnight on 7 October. The winner will be announced in a ceremony in London in November.