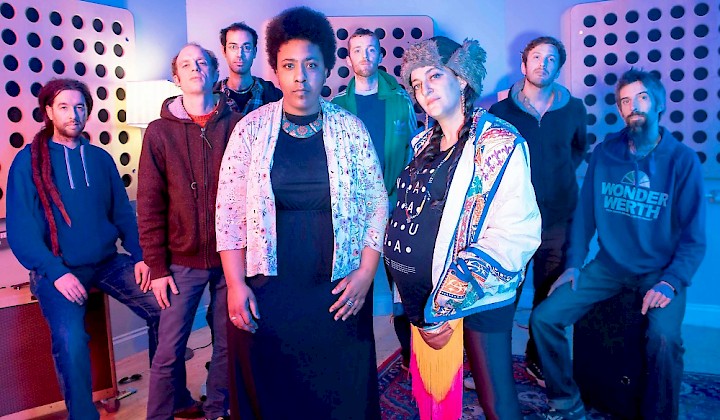 Resonators - one of the UK’s best loved dub reggae acts will be playing the main stage at Rochdale Feel Good Festival this summer.

Fronted by two soulful female vocalists (Faye Houston and Kassia Zermon) the eight-piece troupe from Brighton will be performing on Saturday 20 August, during the council-run summer event - the biggest free music and food festival in the north west.

Resonators’ repertoire ranges from sweet and soulful to the heavier and more progressive elements of contemporary dance music. With their fun energetic live shows, the group have won over crowds across Europe, and this September they release their much anticipated new album ‘Imaginary People’.

Described as one of the most exciting live dub bands in the UK, Resonators take in all the influences of the original Jamaican sounds and rhythms, and bring it forward to the present day.  Known for their infectious high energy and positive vibes, Resonators' live shows see their sound engineer mixing and dubbing the band live, taking techniques from the studio to the stage, creating an immersive psychedelic live dub experience!

Councillor Janet Emsley Cabinet Member for Culture, Health and Wellbeing at Rochdale Borough Council said: “We are really excited to have confirmed Resonators for what I know will be a very original and moving performance.  I have heard their live shows are truly incredible.   Rochdale Feel Good Festival brings music and food lovers of all ages together in a family friendly atmosphere and it’s a great event for the borough.”

In recent years the band have played at legendary London venues including Brixton Academy, the Jazz Café and major festivals including Glastonbury.  They’ve supported a vast array of reggae acts including Jimmy Cliff, Lee Perry and Arrested Development.

Resonators will be joined by previously announced headliner The Fratellis alongside alternative rock band Boomin, singer-songwriter Alex Cornish, rock n’ roll trio The Twisted Dolls and funk/pop band The Bright Black, plus more due to be announced soon.

The festival includes live music across indoor venues, the main stage sponsored by The Flying Horse Hotel against the backdrop of the town hall, and Stage 2 - the community stage.  Chefs and food producers including Chris Bavin, Nisha Katona, Aazam Ahmad and Andrew Nutter will host live cooking demonstrations throughout and the festival will also include the popular food market.

The summer festival is funded by Rochdale Borough Council together with sponsorship from local businesses.

If you would like to get involved with the festival email events@rochdale.gov.uk