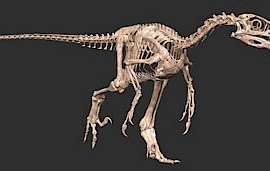 Velociraptor roamed the Earth about 85.8 million to 70.6 million years ago during the end of the Cretaceous Period. In 1924, Henry Fairfield Osborn, then-president of the American Museum of Natural History, named Velociraptor. He bestowed the name on this dinosaur, which is derived from the Latin words "velox" (swift) and "raptor" (robber or plunderer), as an apt description of its agility and carnivorous diet. 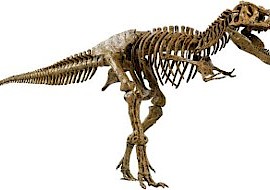 Tyrannosaurus rex has been known to science since the end of the nineteenth century,‭ ‬and to this day remains arguably the most popular dinosaur the world over.‭ ‬This is evidenced by its almost mandatory inclusion in books,‭ ‬TV shows,‭ ‬games and websites that are about dinosaurs in general.‭ ‬Tyrannosaurus also probably has more toys and merchandising relating to it than any other dinosaur.‬‬‬‬‬‬‬‬‬‬‬‬‬‬‬

The Triceratops is a quadrupedal herbivore that lived during the late Cretaceous period—or about 68 million years ago. This dinosaur was first discovered near Denver, Colorado in 1887. When it was first discovered it was believed to have been an unusual type of bison. However, it was discovered rather quickly that this wasn’t just an unusual form of bison but was actually a dinosaur. Since then, Triceratops specimens have been found all over North America. The name of this dinosaur translates into “3 horned face” from the Greek “Tri” meaning three and the word “keratops” meaning face. 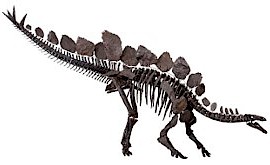 Stegosaurus, (genus Stegosaurus), one of the various plated dinosaurs (Stegosauria) of the Late Jurassic Period (159 million to 144 million years ago) recognizable by its spiked tail and series of large triangular bony plates along the back. Stegosaurus usually grew to a length of about 6.5 metres (21 feet), but some reached 9 metres (30 feet). The skull and brain were very small for such a large animal. The forelimbs were much shorter than the hind limbs, which gave the back a characteristically arched appearance. The feet were short and broad.