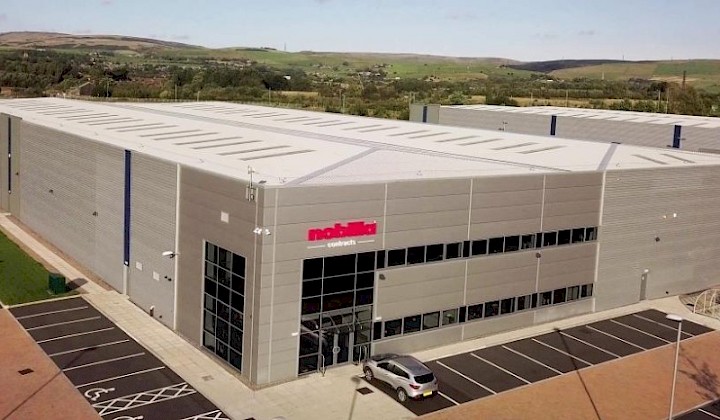 Almost £40m of private sector investment has been brought into Rochdale over the last financial year, bringing a number of new businesses to the borough, creating 286 new jobs.

Private sector investment poured into the borough through the new Rochdale Riverside retail and leisure development, which secured major funding from investment giants, M&G. A number of investments made by businesses, either through expansion, relocation into the borough or refurbishment of their premises also played a part in generating the £38.9m.

Among the new businesses coming to the borough for the first time were a technology company which relocated from France to take a lease on a 3,252 square metre unit in Kingsway Business Park. Closer to home, kitchen company, Nobilia UK moved from Yorkshire to occupy a 5,109 square metre unit, also on Kingsway.

Twenty existing borough businesses also expanded or relocated within the borough to find better premises with help from the council’s investment arm, RDA. As well as helping to create the 286 new jobs, these moves also safeguarded a further 413 posts. In total, more than 23,000 square metres of new business space was constructed and almost 19,000 square metres was refurbished.

The council’s economy directorate, which includes RDA, leads on the borough’s regeneration and plays a critical role in bringing new businesses and jobs into Rochdale, as well as helping residents access training and qualifications, and creating new homes.

A further £21.6m of additional funding was secured for the benefit of the borough, including £5m from DEFRA for a flood defence scheme in Littleborough and £137,000 from Historic England to help restore Hopwood Hall in Middleton. The council also secured £1.4m from TfGM for a series of new Bee Network cycle lanes, and £677,000 from the Heritage Lottery Fund (HLF), following a successful round one bid to redevelop Rochdale Town Hall as part of an £18m restoration project.

• Helping 567 people into employment and supporting 24 people to become self employed
• Generating £500,000 of additional business rates income
• Helping 7783 residents get new and better jobs by supporting them to access training and qualifications
• Supporting unemployed residents by helping them collectively obtain 1203 qualifications
• The construction of 772 new homes

Councillor John Blundell, cabinet member for regeneration at Rochdale Borough Council and Director of the RDA board, said: “I’m very proud of what has been achieved in the last financial year. These figures really speak for themselves and show that Rochdale is an increasingly attractive prospect for businesses. We’ve worked really hard to create a borough people want to invest in and we’re looking for the private sector to take a bigger role in our regeneration going forward.

“Our work is about so much more than buildings; it’s about creating new jobs for our residents and ensuring they have enough skills to access all the opportunities that we’re bringing to the borough. We know that when people have access to good jobs and good homes, it hugely improves their quality of life and that’s what we’re here to do.”