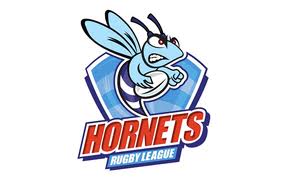 For their success in Rugby League last season, Rochdale Borough Council will grant its highest honour to the Rochdale Hornets RLFC at a special ceremony on Monday.

The Freedom of the Borough is a historic honour with the recipients being presented with an inscribed scroll showing the council’s recognition of their distinguished performances in the 2013 season. The season culminated with a victory in the Kingstone Press Championship One Grand Final, and promotion. Representatives of the rugby club will be presented with the scroll before enjoying an evening meal in the town hall.

"It gives me great pleasure to honour the Rochdale Hornets for their fantastic achievement of gaining promotion at the end of the 2013 season. I know that the whole club worked really hard to make it happen and I’m sure beating Oldham in the final made it even sweeter.

“Their promotion had a impact across the borough – which was proven with a sell-out crowd for the Fiji vs Ireland Rugby League World Cup game shortly after. Sport is an important part of our community and such tremendous success has opened up Rugby League to a whole new generation of youngsters. I wish the team all the best for the 2014 season.”

Reporters and photographers are welcome, but will need a pass to gain entry. Please contact the Newsdesk on newsdesk@rochdale.gov.uk or 01706 926002 to arrange this.