Let’s get the party started – Rochdale ready for big festival 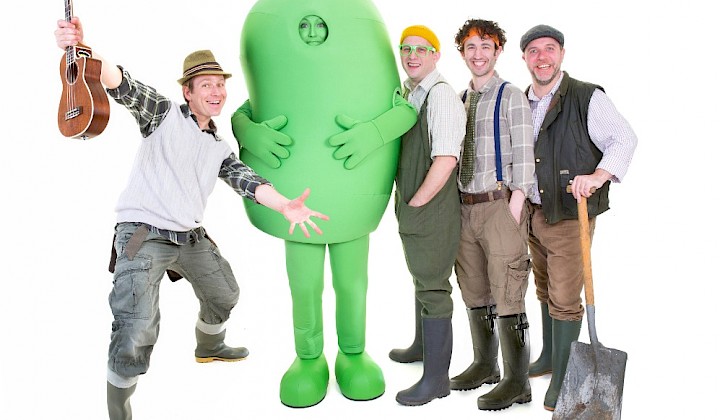 Rochdale Feel Good Festival will be tickling tastebuds and filling the town with live music and family fun this weekend.

Last-minute preparations are under way for this year’s free event in Rochdale town centre on Saturday 10 August headlined by indie rock band The Coral.

“I am so pleased with this year’s line-up, another great mix of live music, feel good family activities, food and drink. A mix of international talent and local artists both on the main stage and in our indoor venues which are well worth checking out. A lot of hard work goes into organising and staging this fantastic festival and I hope once again people will show their support for the event and our town centre by coming along.”

From 12.30pm the main stage will be headlined by The Coral, alongside pop/rock band The Hoosiers, rock ‘n’ roll band Alias Kid, northern soul maestros The Northern Soultrain, new singer/songwriter Ione, Caribbean pop act The Curious Incident and singer/songwriter Megan Dixon Hood. Mr Bloom and his band perform first - the CBeebies favourite will be joined by his four-piece band for a free lunchtime show guaranteed to get families dancing and singing. The main stage host and DJ will be local favourite Dave Sweetmore.

The Coral have sold well over a million albums since their debut EP release in 2001, accumulating six top ten’s - including the chart topping ‘Magic and Medicine.’  The Wirral five piece have also amassed eight top 40 singles, plus one platinum and two gold albums. The band have played sold-out tours and the main stage at some of the UK’s biggest festivals, with their upbeat indie rock hits resonating across the generations. With a string of well-known hits including ‘Dreaming of You’, ‘Pass it On’, ‘In the Morning’, and ‘Don’t think you’re the first,’ The Coral were hailed as the first English band of the 21st century’s guitar group revival. Their most recent critically acclaimed album ‘Move through the Dawn’ hit the top 20 last year.

The festival’s food and drink village will be open from 11am – 11pm alongside a pop up pre-historic dinosaur garden, seating area and fifteen traders selling delicious dishes, fantastic street food and much more.

There’s a packed programme of live music inside too, with festival venues including The Flying Horse Hotel and The Empire hosting another 20 acts throughout the afternoon and evening including singer-songwriter Alison Gasson, local Irish covers band The Scattering, soul band The Lack of Commitments, Country Rats, Katie O’Malley and AriA.

The Family Zone is sponsored by Hopwood Hall College and supported by Arts Council England National Lottery funding will be open from 11am to 5pm.  Activities and shows will include: The Bewonderment Machine - a cycle-powered carousel for small children. There’ll be a Virtual Reality Playground, where you’ll be able to put on a headset, jump on a swing and be transported inside a virtual reality ride. Look out for the aerial ‘Dip’ trampoline show, featuring breath-taking air twisting tricks, music and comedy. Bees! The Colony – promises to be a fascinating multi-sensory experience, where you’ll be able to wander amongst a honey-perfumed bee colony. Another highlight will be The Playground of Illusions - visitors will be able to play with intriguing interactive giant toys.

Circus theatre artist Stefano Di Renzo presents his live show and you’ll be able to get up close and personal with a dinosaur! The Family Zone will also feature performances from local groups including Skylight Circus and there’ll be an inflatable assault course, balance bikes and tennis. Children’s favourite Mr Bloom and his band will perform at 12.30pm.

For those travelling into Rochdale from Manchester Victoria and Oldham, Metrolink runs a direct service to Rochdale town centre which is only a one-minute walk from the festival site.

Council pay and display car parks are also located across the town centre and the first 3 hours are free.  There is unlimited FREE parking on Saturday, 10 August 2019 at Hopwood Hall College Car Park and Rochdale 6th Form College car parks - a five minute walk from the festival. The car parks are open all day, but close after midnight at 12.30am. Any vehicles left overnight can be collected between 9.30am-1.30pm on Sunday, 11 August 2019.

Once The Coral close the main stage the festival will continue in venues across the town, with The Flying Horse Hotel hosting the official after show party featuring DJ RedLawrie, The Late Show Band and Groove Yard. Ticket holders also get VIP access to the first floor venue from 5pm, with a rest/lounge area, toilets with no queues and fast bar service. Tickets (£6) available via the festival website.

The event is funded by the council together with sponsorship from local businesses, including digital media partner O2 Rochdale, The Flying Horse Hotel, Hopwood Hall College, Premier Kia, The Royal Toby Hotel, Recycle for Greater Manchester, Link4Life and Metrolink.