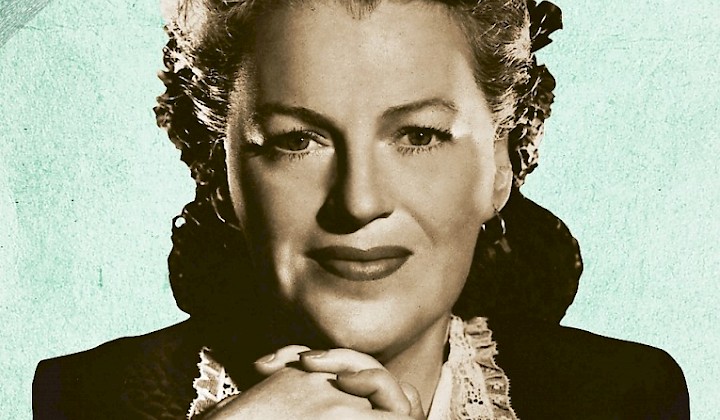 The stage is set for a spectacular weekend of celebration to mark the unveiling of a statue of the late Dame Gracie Fields in Rochdale.

The statue unveiling in Town Hall Square, Rochdale, on Sunday 18 September will mark the culmination of three days of activities to celebrate the remarkable life of the Rochdale-born singer, actress and comedienne.

Events will get under way on Friday 16 September, with a glamourous 1950s dinner dance in Rochdale Town Hall, the focal point of Gracie’s many return visits. Guests will tuck into a three-course meal designed by local celebrity chef Andrew Nutter while enjoying Gracie songs and dance performances.

On Saturday 17 September residents from across the borough will be invited to join choir singers in a mass rehearsal at Touchstones Museum in Rochdale. They will practice three Gracie classics which they will then perform at the unveiling ceremony the following day. Anyone who fancies giving it a go can join the rehearsal from 11am onwards.

Children can bring Gracie’s classics straight into the modern day as part of free activity sessions, also on the Saturday, which will include digitally remastering her hits and making a listening device. These will take place from 11am to 4pm.

On Sunday, the statue will be unveiled in its location close to Packer Street, South Parade, and The Esplanade, at 1pm before the massed choir belts out a selection of well-known Gracie songs.

Avid Gracie fan and leader of Rochdale Borough Council, Councillor Richard Farnell, said: “This will be a really exciting event which all our residents can get involved in. Lots of talented people have grown up in Rochdale and I don’t think we always honour them as we should.

“Gracie grew up in very unassuming circumstances in a small Rochdale street and went on take Hollywood, and the world, by storm. A commemoration like this is long overdue, but we have certainly made up for lost time with this fantastic weekend-long celebration.”

The unveiling of the statue will coincide with the completion of a purple plaque trail, which marks places of significance to the Gracie Fields story in and around Rochdale, including her birthplace in Molesworth Street and Champness Hall and Rochdale Town Hall, where she performed.
The Gracie Fields Appreciation Society and the Rotary Club of Rochdale East have worked closely with the council to develop the statue and trail.

Sebastian Lassandro, from the Gracie Fields Appreciation Society, said: "I'm delighted that thirty seven years after her death Gracie is finally coming home to the town which she loved and championed, no matter where she went in the world. Although she lived away from Rochdale most of her adult life, Gracie always returned home, raising thousands of pounds for local charities and telling everyone how proud she was of Rochdale and its 'gradeley folk.'

“It's fantastic that the town's greatest daughter is to be remembered forever with such a stunning tribute and an exciting weekend in September. This is something I am proud have been involved with all along the way, helping that 'little Lancashire town' honour Our Gracie."

To find out more about the event, and to book tickets for the dinner dance, please visit: rochdale.gov.uk/gracie or call 01706 924 797.