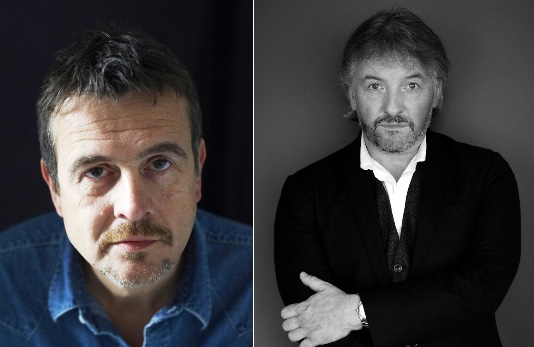 PARTNERS IN CRIME: Mark Billingham and John Connolly will be talking about their best-selling books at Rochdale Literature & Ideas Festival this October.

The six-day festival in October will include the multiple award winning Mark Billingham and John Connolly ‘In Conversation,’ chatting about their best-selling novels and the murky world of crime fiction.

Mark’s series of novels featuring D.I. Tom Thorne has twice won him the Crime Novel of The Year Award. His standalone thriller In the Dark was chosen as one of the twelve best books of the year by The Times and his debut novel, Sleepyhead, was chosen by The Sunday Times as one of the 100 books that shaped the decade.  Each of his novels has been a Sunday Times top ten bestseller, and Good As Dead, Rush of Blood, The Bones Beneath and Time of Death, all topped the bestsellers lists.

To mark the 10th anniversary of the publication of The Book of Lost Things, publisher Hodder and Stoughton are re-releasing John Connolly’s bestselling novel. John, best known for his crime thrillers, has always brought into his books elements that bounce them out of genre. These have included strands of ghost story, gothic, even mythology, but also the bleakest of fairy tales. In The Book of Lost Things, he gives his dark imagination full rein.  Allegorical, lyrical, extraordinarily well-observed, with moments of pure genius and humour, this is in a book about childhood, coming of age, and the impact of reading on a child.

The festival runs from Wednesday 19 to Monday 24 October and organisers Rochdale Borough Council are promising a double helping of arts for all ages.

The festival will include guest speakers, authors and writers and aims to celebrate and promote the Maskew Collection of classic literature and philosophy at Rochdale Central Library, encouraging people to engage in reading and thinking. It will include events at venues in Rochdale town centre and boroughwide.