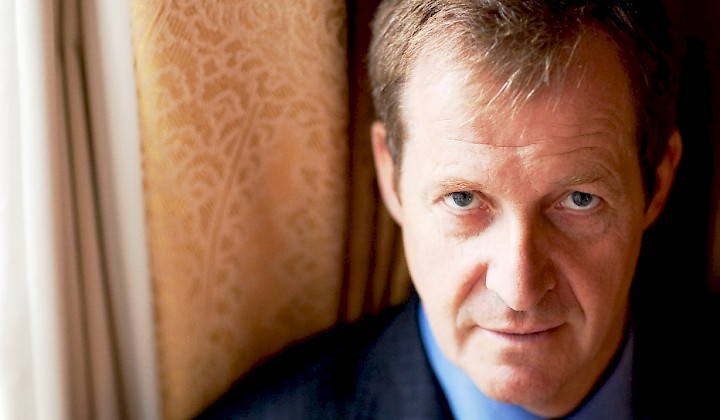 Another big name has confirmed an appearance at next month’s Rochdale Literature & Ideas Festival.

Alastair Campbell, the writer, communicator, commentator and strategist best known for his role as former Prime Minister Tony Blair’s spokesman, press secretary and director of communications will be speaking at the festival on Saturday 22 October.

Still active in politics and campaigns in Britain and overseas, Alastair will be talking about his career and latest volume of diaries, Outside, Inside, 2003-2005 which looks at his life since departing Downing Street, advising Tony Blair, Gordon Brown and Ed Miliband, as well as his key roles in the two general elections since.

Away from politics, the book talks frankly about his struggles with mental health issues, as well as his work in sport and his return to journalism as he tries to find a new purpose in life.

As one of the most influential Government advisors, Alastair was no stranger to controversy, working the headlines and occasionally making them. He is one of four people credited with creating New Labour, fighting numerous battles in their pursuit of modernisation. He was reviled by parts of the media but still respected for his commitment, creativity, loyalty and work rate. In addition to his new book, he has published on a variety of subjects including four earlier volumes of his diaries as well as two novels, written features on sport and politics, advised several bodies and stepped up his fundraising efforts for Leukaemia Research. One of the UK’s top public speakers, his talks are renowned for mixing his experience and wit!

Councillor Janet Emsley, cabinet member for culture, health and wellbeing at Rochdale Borough Council, said: “Alastair is someone we have been trying to bring to our festival for a couple of years now so I am pleased we have him on our 2016 line-up, which is another cracker. He is a fabulous speaker and the latest installment of his diaries is eagerly anticipated. I am looking forward to hearing his accounts of his time during an important period in modern political history.”

Now in its fourth year and with more than 30 events covering workshops, music, theatre, readings, children’s shows, talks and more, the festival runs from Wednesday 19 to Monday 24 October and aims to excite audiences of all ages.

The festival celebrates and promotes the Maskew Collection of classic literature and philosophy at Rochdale Central Library, encouraging people to engage in reading and thinking. It will include events at venues in Rochdale town centre and borough-wide. It is funded through the generosity of Annie and Frank Maskew, a Rochdale couple who shared a passion for reading and thinking, who originally met in Rochdale Library. They left a sum of money to be used on resources and events related to literature, and philosophy to ensure classic works are available for future generations.

For the full line-up and to book tickets, visit www.rochdaleliteraturefestival.co.uk   You can also book in person at Touchstones Arts and Heritage Centre. The programme is available in a variety of formats.  You can view it day-by-day online. You can order a paper copy by emailing Rochdalelitfest@rochdale.gov.uk or pick one up free from your local library, or many other stockists in the area.